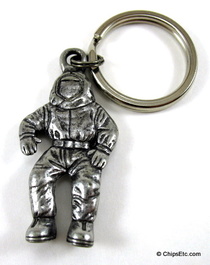 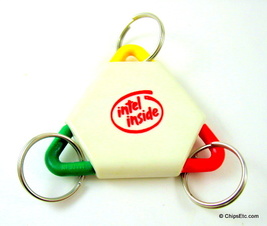 Item #501
This is a 3 loop keychain that is multi-colored and has the Intel Inside swirl logo in red. 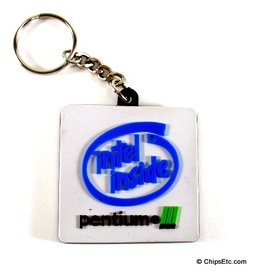 Item #444
Flexible keychain says Intel Inside Pentium III and has a black backing. 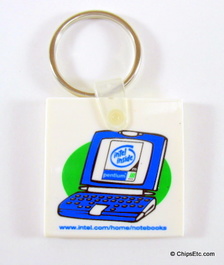 Item #445
Flexible rubber keychain has a picture of a laptop computer and on the screen it says "Intel Inside Pentium III".  Below the image of the notebook computer is the now defunct URL (www.intel.com/notebooks) for Intel's notebook microprocessor sales during the 1990's.

The other side of this key chain is also white and has the Intel logo in blue. 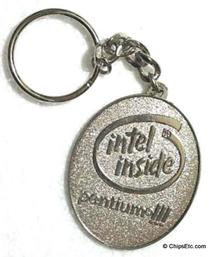 Sold
The Pentium III was Intel's 32-bit x86 processor for desktop and mobile computers, it was based on the 6th generation P6 micro-architecture. 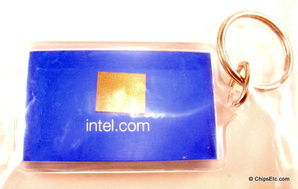 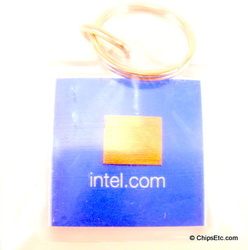 Item #022 & 306 similar
This clear acrylic keychain features the Intel logo on one side and an actual Intel Processor chip on the other. 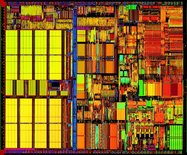 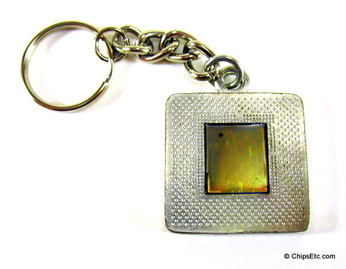 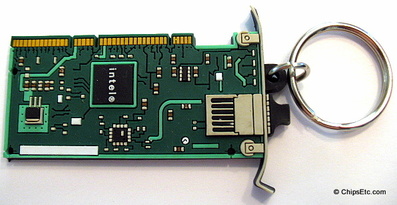 Back of keychain reads networking.intel.com 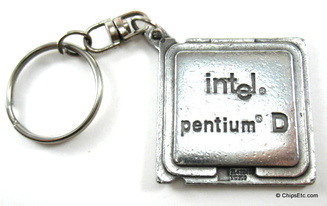 Item #424
The Pentium D was Intel's first desktop dual-core 64-bit x86 Microprocessor with Netburst Architecture. This Microprocessor had two single core 130nm Pentium 4 CPU's residing next to each other on a multi-chip package.

The Pentium D and The Pentium 4 Processors  were both phased out by Intel in 2008 and replaced by the new Core Duo/Quad/Extreme processor lineups that were true dual-core CPU's manufactured on a single die instead of the Pentium D's two separate dies. 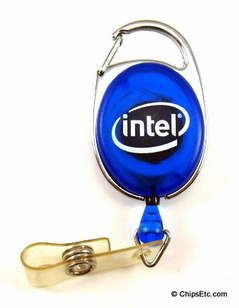 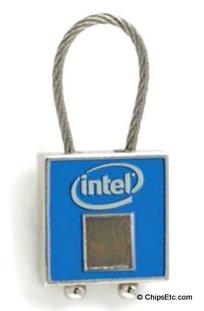 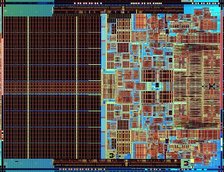 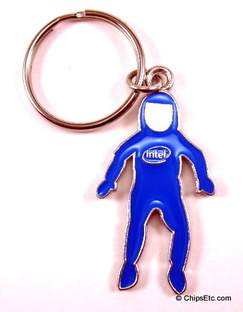 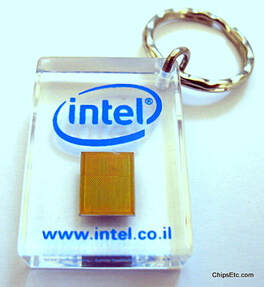 Item #511 & 996
Intel chose Israel as the location for its first design and development center outside the US in 1974. Intel’s first facility for the manufacture of microprocessors and memory outside the US was also located in Israel, built in 1981. Today Intel has centers in eight locations throughout Israel. Intel had 5 employees in 1974. Today, Intel has over 5800 employees in Israel.

Today all Intel’s X86 chips are produced in and exported from Israel.  Intel in Israel today has eight locations. This dispersion has been as a result of Intel wishing to be at the power centers of Israel’s “silicon wadi” for development purposes, and to be in the regional areas that have been dedicated as “National Priority Zones” by the Israeli government, for production. This has had a great social-economic impact in these outlying areas.

Clear Lucite keychain with an Intel CPU embedded inside and the web URL for the Intel Israel website at www.intel.co.il.

Haifa: Located on Israel's Mediterranean coast, Haifa is home to Intel's Israel Development Center (IDC) for processors and Artifical Intelligence (AI)., as well as a sales and marketing support office. IDC was established in 1974 as Intel's first development center outside the United States. The center was established with a total investment of $300,000 and initially employed five workers. Today the plant provides employment for 1,600 people.

Multi-disciplinary teams at this center develop very large-scale integration (VLSI) components, VLSI CAD tools and software technologies. The pioneering 8088 processor, Intel® math coprocessors, the i860® XP processor, Ethernet communication chips, and cache and memory controllers are a few of the more than 50 products designed in IDC. IDC led the invention and development of the Intel® Pentium® processor with MMX™ technology, launched by Intel in early 1997, the Intel® Centrino™ Mobile Technology, launched in early 2003, and now develops Intel's future mobile microprocessors.

The software group develops software technologies and products. The Haifa location is also home to one of Intel's sales and marketing offices for Israel. This office works with local PC manufacturers, distribution partners and the software industry, and is part of the Europe, Middle East and Africa Sales and Marketing organization.

The plant was established with a total investment of $1.8 billion, $600 million of which was invested by the Government of Israel, under the Encouragement of Capital Investments Law, and over $1 billion by Intel. This is the largest investment ever made in Israel by a private company. The fab employs 3,700 Israelis. 1,500 subcontractors are employed to support the extensive infrastructure. 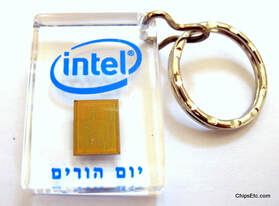 Item #997
These Lucite keychain's were given away as gifts on "parent's day"  at Intel's Israel design center.
​
Keychain features an actual Intel processor chip embedded inside.

​Keychain has the Intel logo and reads " יום הורים " which is Hebrew for "parent's day". 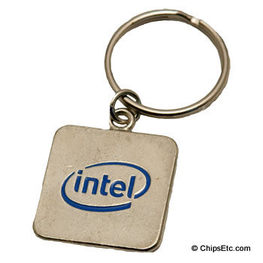 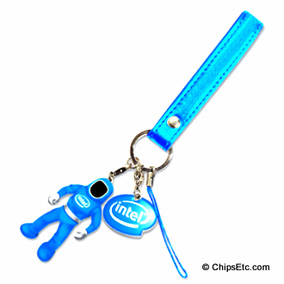 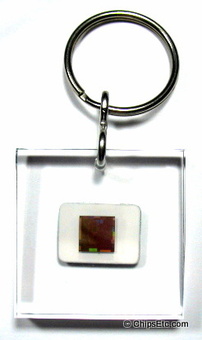 The Intel ATOM Processor was an ultra-low-voltage CPU originally introduced in 2008. 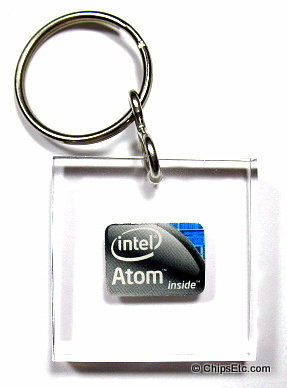 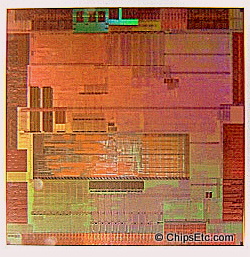 
Back to Intel Collectibles