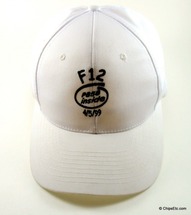 This white hat with black stitched lettering features a unique version of the Intel Inside style logo and was given to Intel Fab 12 employees to promote the move from .25 to .18 micron technology with the start of Intel's new P858 process on April 5th 1999. 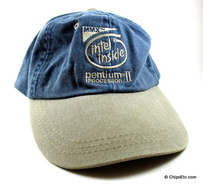 Item #335
Pentium II Processor stitched logo hat was award was given out to Fab 12 employees who worked in the Planar area (Planarization is the process step of polishing a silicon wafer to give a smooth surface before the Lithography step) for a Q2 1998 improvement change to being HE (helium) reduction in the process down to a 60% volume. 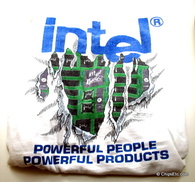 Item #398
Intel i486 Processor T-shirt which features a motherboard with Intel 486 processor graphic and the phrase "powerful people, powerful products".

Has a large Intel Dropped-e logo in blue. 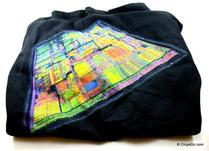 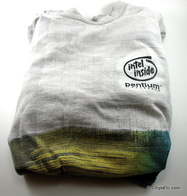 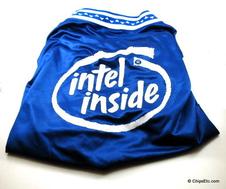 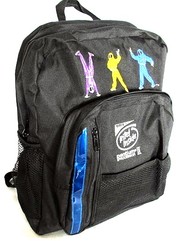 Sold
This polyester backpack features three Intel Bunnypeople characters embroidered on the front as well as the Intel Inside Pentium II MMX logo. 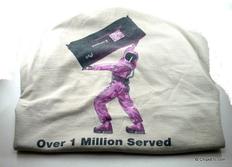 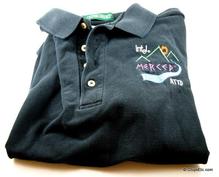 Item #396
Black polo shirt with the Intel Merced (codename for the original Itanium 64-bit processor) and ATTD (Intel's Arizona development site) with the Arizona desert motif all in colorful stitching.

Given out to Intel ATTD employees who worked on the Itanium processor. 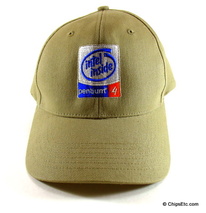 Item #451
Tan hat with a stitched Intel Pentium 4 "Intel Inside" patch on the front. 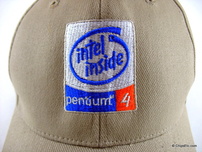 Close-up of the Intel Inside Pentium 4 Logo 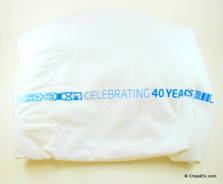 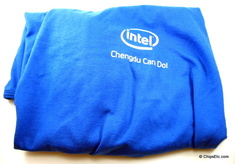 Item #395
These "Chengdu Can Do!" shirts were sold by Intel employees to raise money to donate to the victims of the Chengdu China 7.9 earthquake that struck on May 12th 2008. Intel has assembly and testing facilities outside of Chengdu. 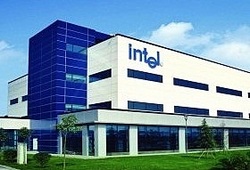