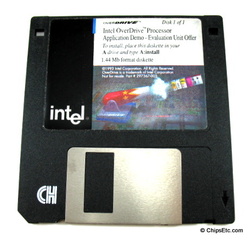 To make the situation even more confusing, in an attempt to make up for the delay in the release of the 64 bit +Pentium OverDrive chip, Intel released a 32 bit OverDrive processor called the 486 OverDrive. Intel produced a range of Overdrive chips in order to supply upgrade paths for most of the 486 hardware.

The Pentium OverDrive was claimed to enable owners of 486 type motherboards to upgrade their machines to Pentium performance, without the cost of having to replace the entire system. The chip was a heavily modified Pentium P54 architecture, made with 0.6 micrometer technology and operating on 3.3 volts. 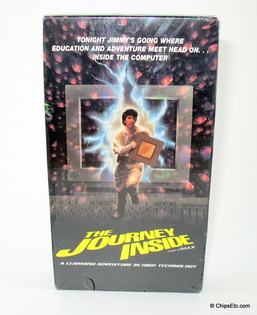 "Take a guided tour through the super-clean world of a high-tech computer chip factory. Explore the world inside the computer. And hold on to your seat for a thrill ride through the heart of a microprocessor. This unusual experience is waiting for you in The Journey Inside. This family learning adventure follows 12 year-old Jimmy on his race to foil an alien plot to slow the advancement of technology on Earth. Along the way, you and Jimmy will learn how computer chips are made and be introduced to the amazing microscopic world of computer chip technology. You won't want to miss it." 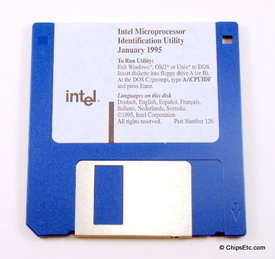 Item #002
On Dec. 20 1994 Intel offered to replace all flawed Pentium processors on the basis of request, in response to mounting public pressure. This software released on floppy disk by Intel was sent to consumers who requested it so they could find out if their Pentium Processor was the model that suffered from the FDIV bug. 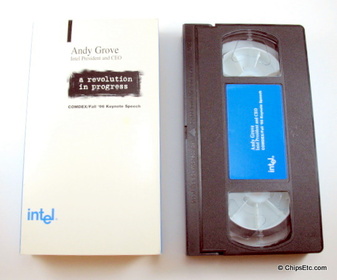 Item #313
Fall 1996 Comdex presentation of "A revolution in Progress" presented by the visionary Intel President & CEO, Time's Man of the year, Andy Grove. Recorded at Comdex on November 18, 1996.

Intel's president and CEO Dr. Andrew Grove gave the Comdex keynote speech, entitled "A Revolution in Progress." He discussed what he expected to happen over the next decade in microprocessor and PC technology. By 2011, he projected, there will be a 200-fold increase in processing power on Intel processors, chips that will by then integrate 1 billion transistors and run at dizzying speeds of 10 GHz and 100,000 mips (millions of instructions per second). In 1996 Intel had 4-million transistor processors running at 200 MHz and approximately 200 mips.

He used a variety of live demonstrations of then current and future PC technologies. The event audio was streamed live by RealAudio. In conjunction with this, Comdex had, as one of its major themes in 1996, the "25 Years of Industry Achievement: Celebrating the Impact of the Microprocessor" to commemorate the 25th anniversary of the introduction of the Intel 4004 microprocessor. 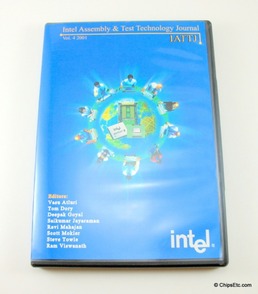 Item #018
Intel Assembly Test Technology Journal published on DVD for the general public. Features recent research and development with Intel technologies that were current in 2001.