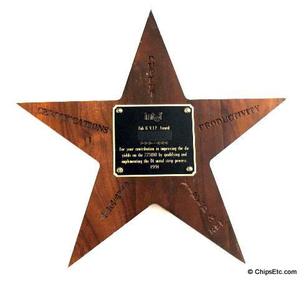 This plaque is a Fab 6 employee award for improving die yields for the DI metal strip process.

Solid walnut plaque with metal engraved nameplate on the front. The recipients name has been blacked out in our picture. 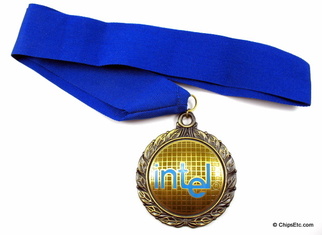 Item #040
Intel Pendant award with Blue ribbon to hang from the neck. This heavy, solid bronze & Enamel Pendant is 2 3/4" in diameter and is made to resemble a complete miniature semiconductor silicon wafer.

This Rare Intel item was never offered for sale to the public or internally to employees. This was most likely a Top Finalist award given by Intel to a young person competing in the annual Intel Science Talent Competition. 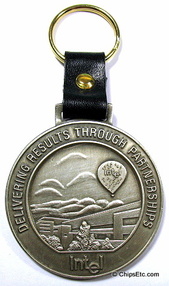 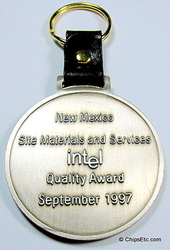 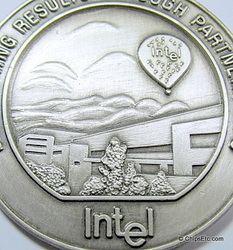 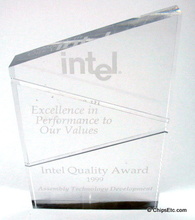 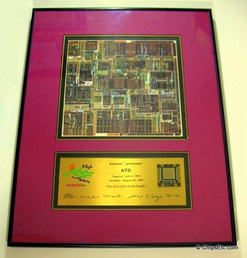 The 64-bit Itanium processor was developed through a partnership between Intel & HP for use in high-end servers & workstations, and in supercomputers. Itanium's  new "IA-64" architecture was designed to replace aging  "RISC" architectures (DEC ALPHA &  MIPS Technology).

Metal plaque features an actual Itanium Processor as well as Facsimile signatures of Intel leaders Andy Grove, Craig Barrett, and others. Above the plaque is a color image of the Itanium processor Die. 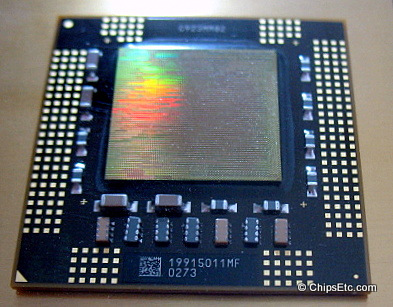 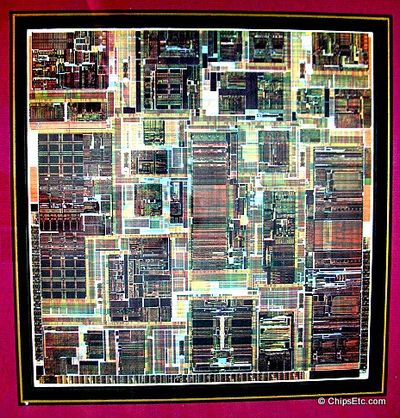 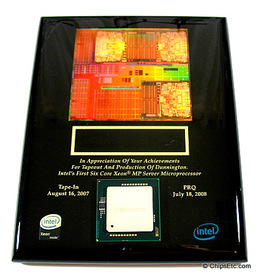 Dunnington was Intel's first chip to use "multi-cores" (it contained Six cores).

At the top is a color image of the Intel Xeon Processor Die. At the bottom is an actual Xeon Processeor chip, marked Dunnington on the lid. 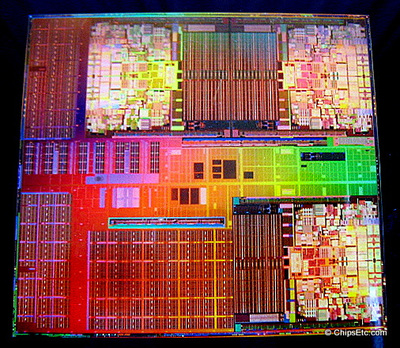 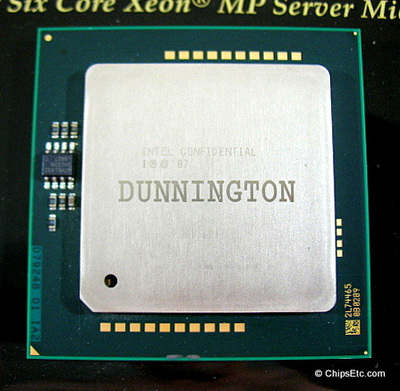 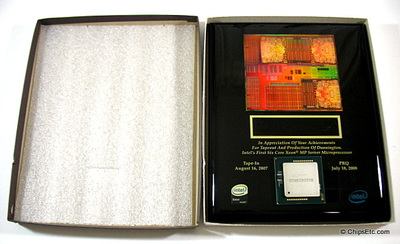 ​Back to Intel Collectibles